Damavand Hike: 12-Month O ‘Swing’n – Climb the ice every month for a year


Grivel and Beal athlete Alan Rousseau shares photos and stories of his escapes on the ice over the past 12 months.

Around March 2017, after five consecutive months of ice climbing, I pushed my plan forward and thought direct access to 12 months of ice-rolling tools was realistic.  I travel the world as an IFMGA Mountain Guide, preparing trips to fill out the calendar.  I worked the winter 2016-2017 at my home, The Wasatch. This spring was booked in April and May in the Alaska Mountains.  Then the summer was spent in Chamonix in June, July and August.  To end the year, my longtime partner, Tino Vilanova, and I won the Mugs Stump and Copp Dash Inspire Awards to go to Kashmir in September and October.  This year has been my craziest show to date.  I hope you enjoy seeing the pictures below of my frozen year filled with hanging flowers, wooden hoods and wrought iron against frozen stone.

In the fall of 2016, I felt like a unique psychiatrist for cold mountain climbing.  I had different projects in mind and I was spinning in the fall, twisting parts of the Provo Canyon where I had smeared years ago.  My training was entirely ice-tool-based. I overlooked Rocktober, hoping to climb the ice in November. 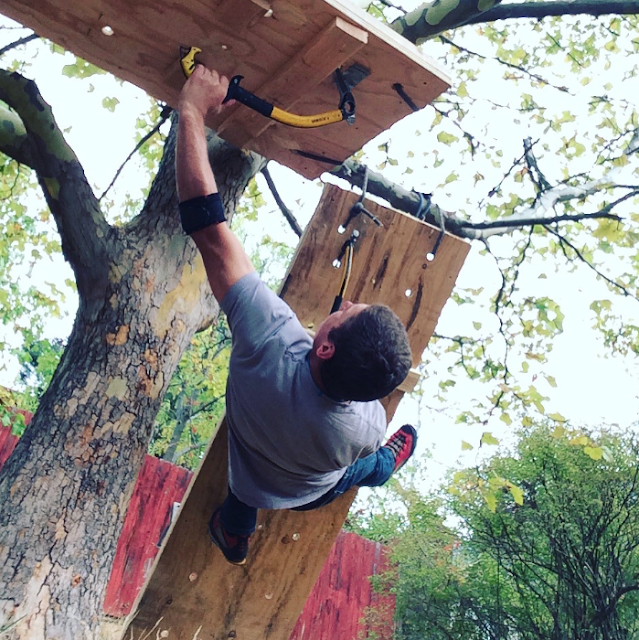 This is the first month of twelve months and it started loudly.  Nathan Smith (author of the Salt Lake Guide and Climber) called me and told me that a large icy trail had formed on Biart Beach.  The “Ice Dragons” route has had many climbs recently and was reported to be obese.  We found 1300 inches of friendly thick ice in WI3 + condition and it warmed up the season great.  More details can be found in the Azadi Mountain blog Hereto the 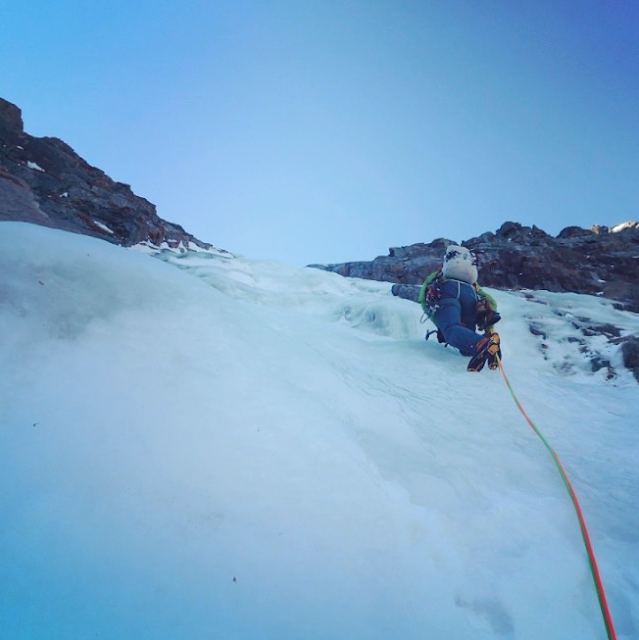 The next time it was on the ice it was a little scarier, because it happened around the salt lake earlier in the year.  A typical early-season destination for those happy in recent years was the “Gate of Hell” area in Alta, Utah.  The high altitude of Hell Gate snows early in the year, and then the melting ice cycle creates variable frozen droplets that never get excited. 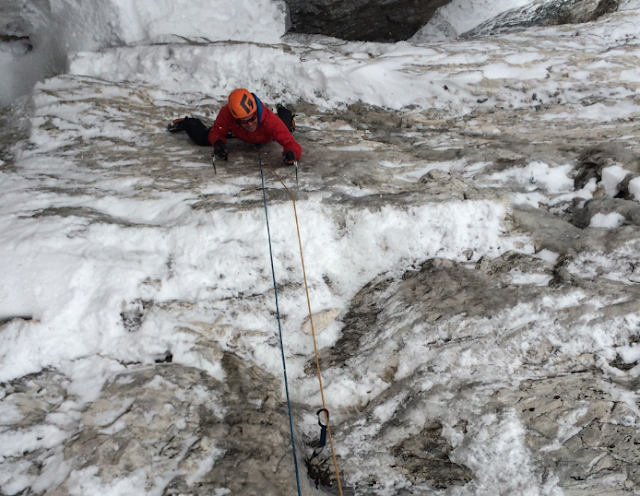 Pictured is Niels Meyer in “Hell Resumed.”  Alta was only cold for 24 hours when this photo was taken.

The last day of the month was a good day.  I went to Peru with a friend named Aaron Corlan. We thought the ice was too thin and we would probably just dry the tool.  When we got to the lot, I saw that an ice spot that we had twisted in the fall formed.  We were both worried we would not have started earlier, but we put our belongings in our packages and made a quick move for it.  Reaching our target area involved climbing a few steps from the previously established Purgatorium M6 WI6.  The ice was peeled off but the stone wheel was sensible.  From the top of the second peak, our path deviates through a few really technically M7 / 8 turns to the left of the roof with a combination of thin ice and large movements on the rock.  The next step is to climb a cracked piece of ice.  I had a problem in November that I thought would take a year or two to complete!  We mentioned the path of “Divine Mercy” as a mountaineer who has to move from “Purgatory” to “Paradise Staircase”. 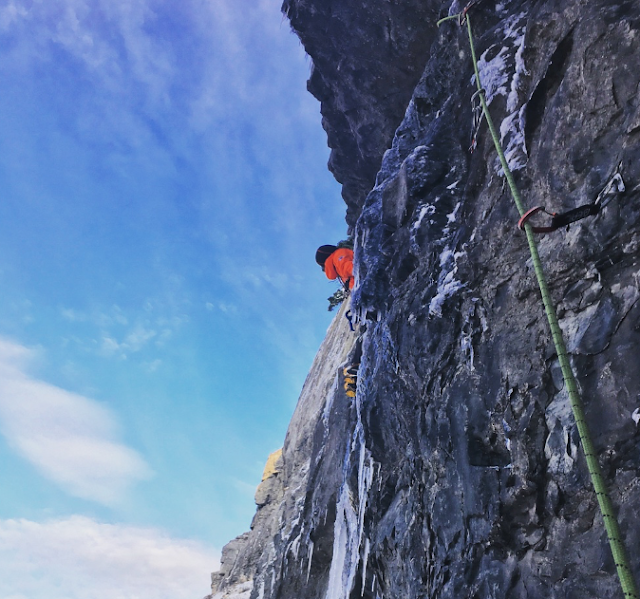 With the arrival of December, the Intermountain West ice season begins in earnest.  I had several trips to Bozeman, one of which was with Tino Vilanova as an educational mission to India.  We have to go to good routes, including Mummy IV, which was in excellent condition in mid-December. 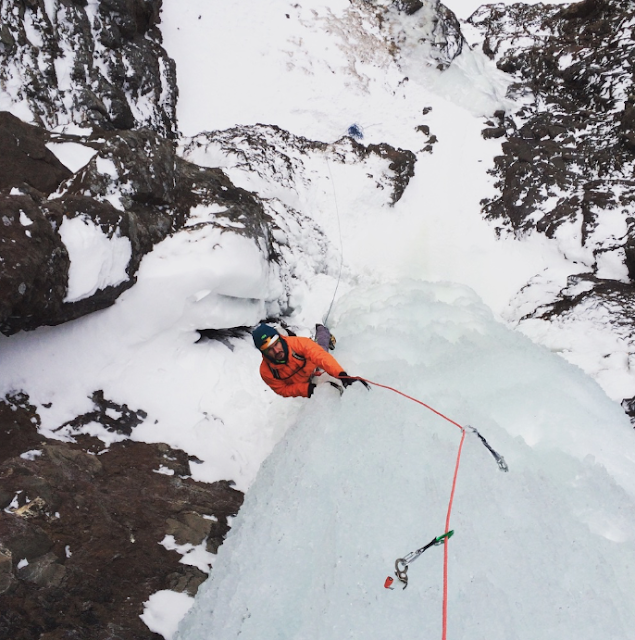 I was also able to redden another route that I added to the Pro9 Highway Wall Add-on “Scenic Byway” M9 + this fall.  The four-screw roof is connected with the same “highway to hell” dagger.

In general, the thoughtless months for ice and fortunately this year did not make any difference.  The guidance and training of Ice Festival clinics brought me to Ouray to sample some of their trusted streams. 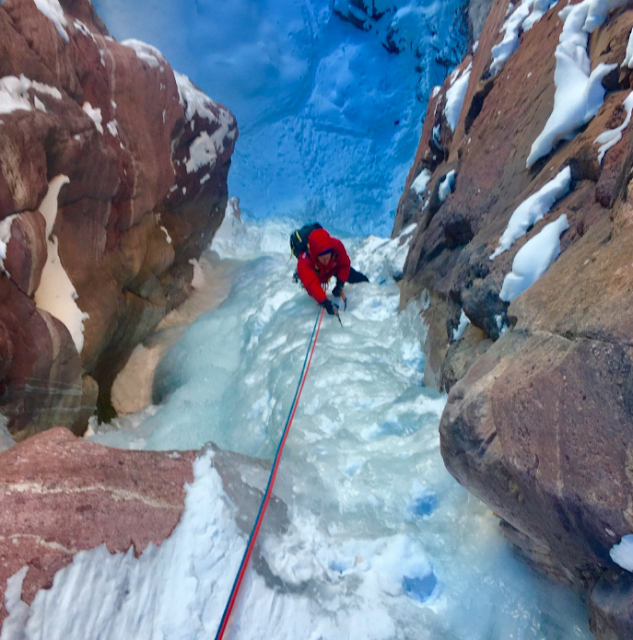 Also, climbed the last routes that were not yet red and screwed in Provo.  Two M8 / 9 tracks were formed at the Provo Fang Amphitheater, which requires ice spray.

In addition to a few days on a regular local trail, I got the northeast face of Storm Mountain in the Big Cottonwood Canyon in good condition at the end of the month.  This is one of the Alpine ice trails around Wasatch.  Its high altitude and northeastern exposure generally cause it to form when everyone complains about how the ice climb is warming up.

April marks the end of the ice season in most places.  Fortunately, April began a seven-week period of personal guidance and climbing in central Alaska.  I was able to steer the two successful “Ham and Egg” climbs (V WI4, 5.8) to the tip of the mouse tooth, as well as the SW Ridge from peak 11300 (V WI3, 5.8). 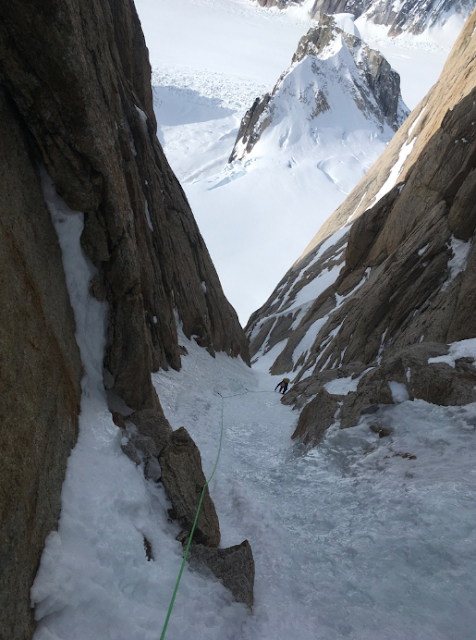 In May, I worked with another local Salt Lake climber, Sam Novie. We had ambitious plans to test the Moonlight on Mount Hunter and the Infinite Thorn on Mount Foraker over a 20-day period. The weather was very restless in central Alaska in May this year.  We tested The Moonflower four times in 15 days. Every time we either had a storm, or faced a dangerous avalanche situation, we were saved.  Even at our best, we had to endure four hours of intense spinning under a string to get a 2800 ‘good climb on the Bibrr-Klewin Route. 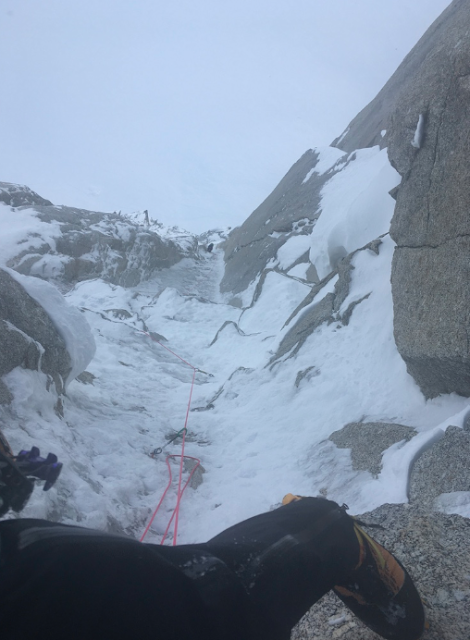 New poison in McNerton icy dagger, we both released the “blade” for the first time, but with the onset of snow, Stoke became alarmed.

I returned home from Alaska on the first day of June and enjoyed the warm, sunny weather for three weeks before the Dufels reloaded and the European Alps began.  I spend the summer in Chamonix, France, which is a great place to climb the ice during the summer months.  A few days of cold stormy weather is all that is needed to freeze granite corner systems.  The day after my arrival, I decided to take the main route in the northern part of the triangle to the top of Mont Blanc de Tacol, and then to the Cosmiques arête.  At AI3 M3 and possibly the 1500 1,500 climb, the central route was a pleasant way to reconnect with the Mont Blanc mass. 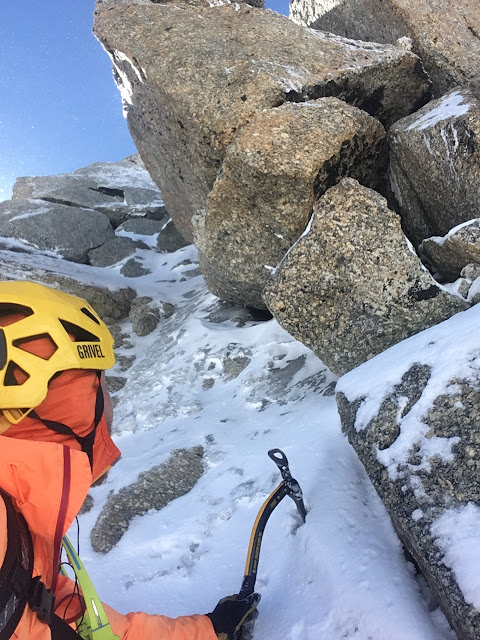 There was no shortage of cold storms in the Alps this summer.  Tino Vilanova and I managed to hide a good morning in some of the chimneys above Midi.  We both had to meet with customers at noon, but we got over some of the fun features of ice water and lime.  We swore we had been transferred to Patagonia. 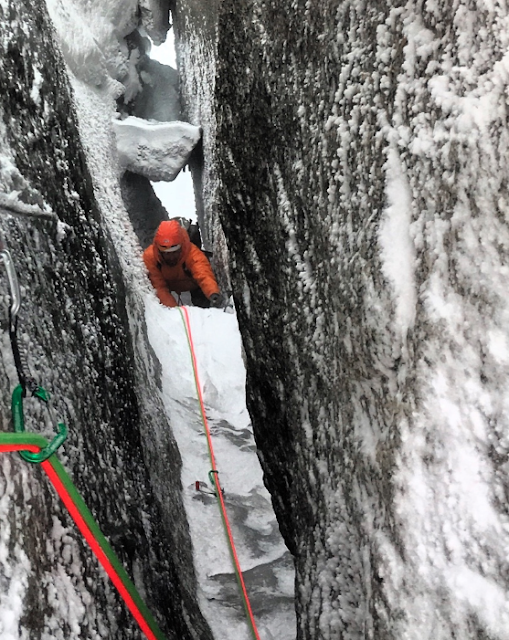 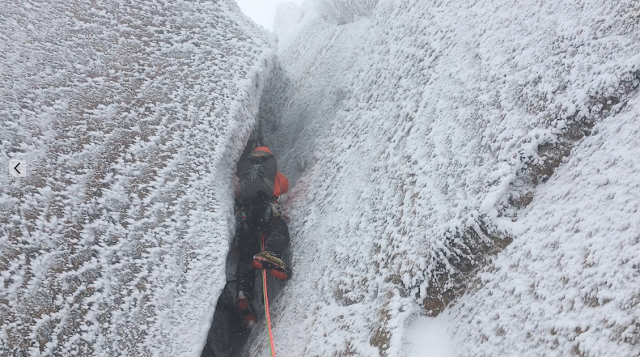 I was more concerned about August when I first designed this plan for year-round ice climbing.  I was lucky in the middle of the month that a large, wet, damp system lined up with my holidays.  I tried at the last minute to find partners for a mixed route, but it came to me empty-handed.  I decided to take the route I had climbed several times before, Chere Couloir (WI4-800 ‘) in Mont Blanc du Tacul.  The conditions of the ice flash for a thin climb and an aeration temperature of 85 degrees made me hunt for solid wood.  Below is a photo from when I guided it earlier in the season. 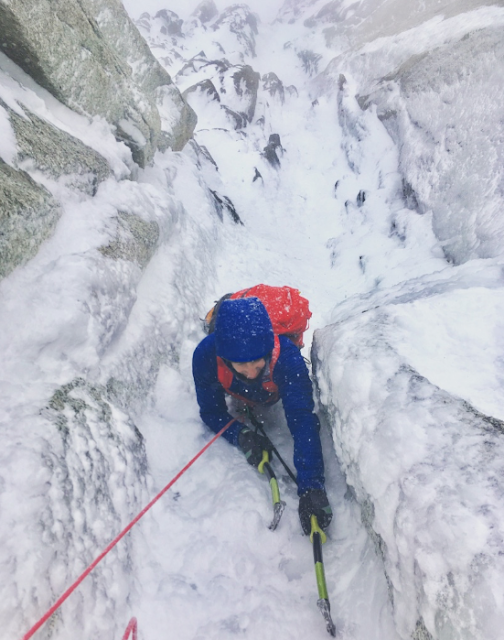 The Chamonix season was a tough one.  On the last day of my season, September 1 (again at Chere Couloir), I led 60 of the last 67 days.  I’m glad I have time a few days before I leave for India. We arrived in Delhi on September 6 and traveled there  Soro Valley in Kashmir to try the unclimbed peak “Rungofarka” (6495M).  Our first attempt was unsuccessful, we only climbed about 2000 meters to AI5 + M5 in the northern part of Rungofarka.  After climbing as far as we could, there was no niche for the bivouac, and we retreated in the light snow on September 25th. 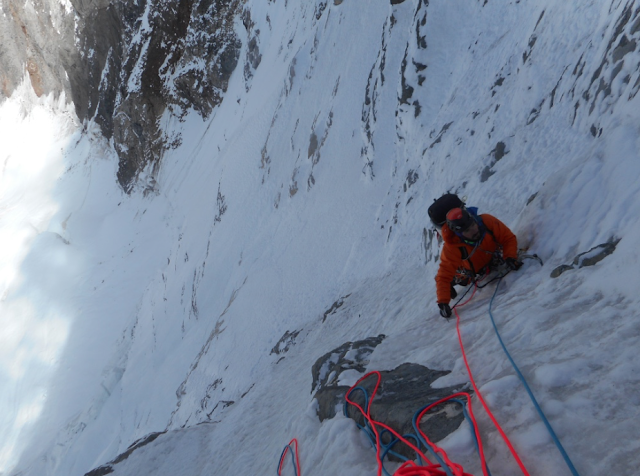 After a few days of rest, a strong pressure system arrived and we changed our target to the north of the ridge. 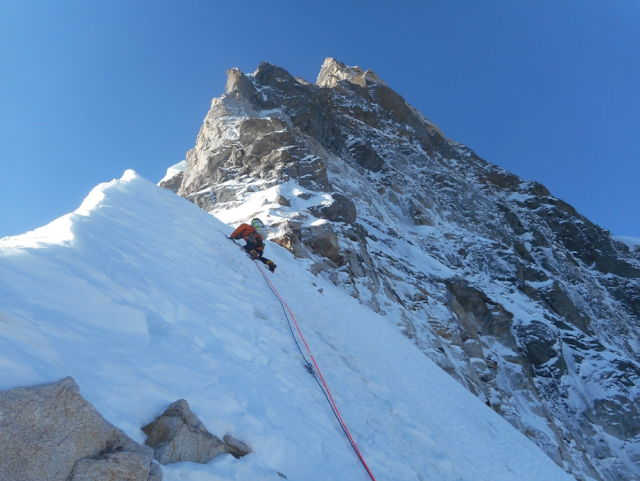 It seemed to be stronger and had options for bivouac.  On September 30thثWe moved to our advanced base camp overnight.  Over the next four days, we made our first Rungofarka climb through the North Ridge, a winding 50-pound route on the VI M6 WI4 +.  This marked the end of a very cold event for a cold year. 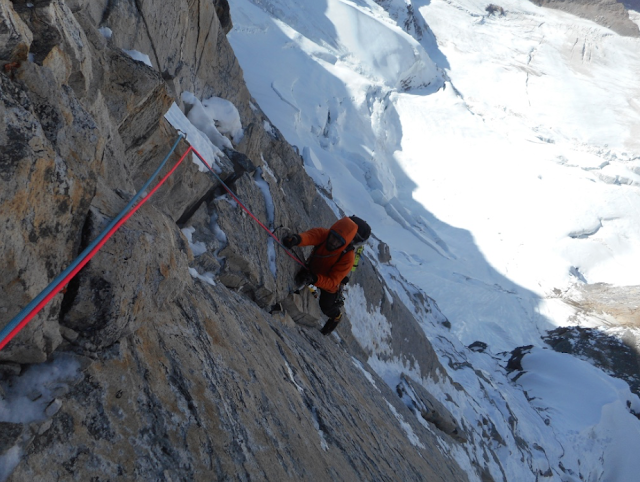 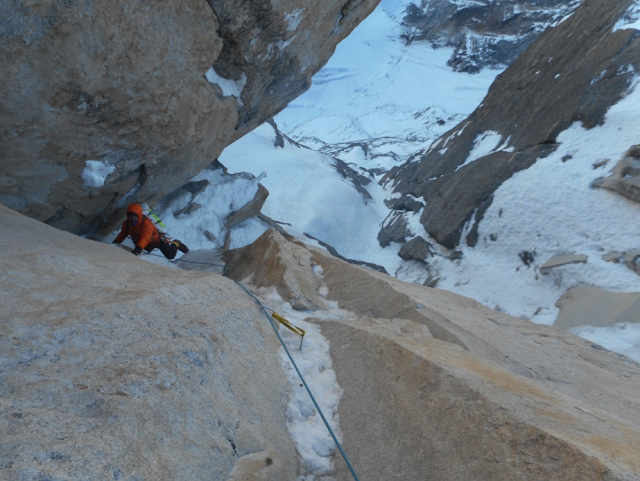 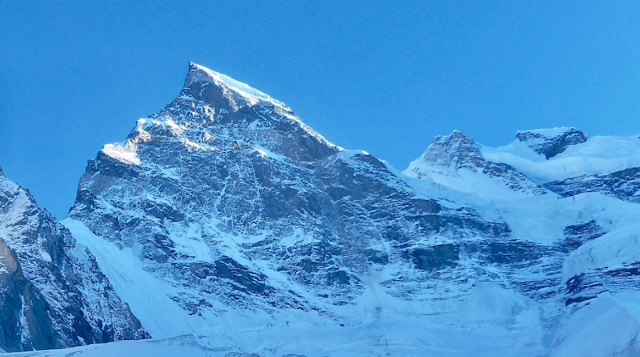 We climbed the left horizon of the peak from September 30 to October 4 in the Alpine style.

For the next few weeks, I plan to catch a cold with my wife and cat.  I’m sure I will be getting ready to close my shoes in November and keep this line alive! 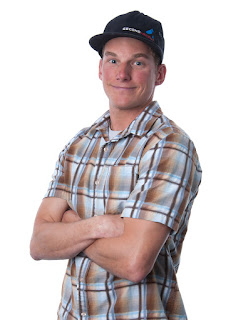 Alan Rousseau is oneAMGA,IFMGA and UIAGMAuthorized guide, and member of the Beal and Grivel Athlete Teams. Learn more about his mountaineering achievements Here